Yesterday I created a duet video for TikTok. In my half I just put up a nice picture that I took through a Jihui ball lens near Aspen, Colorado. The other half, the half that I was “featuring,” was this video:

I also created a sticker for the duet, as I am trying to contribute to trending movements by providing quality stickers for major hashtags. But when my duet video was ready to post, I got cold feet. I was worried that having my sticker attached would make the duet seem disingenuous. So I saved it to drafts.

But I left the sticker online at GIPHY. As you can see, it has done very well there. So well, in fact, that I changed my mind about keeping my duet video in the drafts folder.

So, without further adieu, here it is… My #StopAsianHate duet video:

If you like the JIHUI ball, you can get one of your own for pretty cheap on Amazon:

Get yourself a forge just like the one you see me using in the video post below this post! In the meantime, follow this link and grab yourself a great deal on an outstanding forge!

I recently decided to start making stickers and videos in direct response to trending hashtags on the discover page of my TikTok feed. Over the weekend, I saw the #SugarCrash (often misspelled as #SugarCrush) hashtag and thought it might be fun to make my own version. While it would have been more canon to open with a shot of how many likes @thenickluciano got on his video, then cut to a CU of me making the, “why not?” face. But this music video is much more my style:

But my version has yet to even break 100 views. It certainly hasn’t raked in the hundreds of thousands of views and likes that I was hoping for. So…

Am I shadow banned, or am I really just that boring?

Anyway, while I sit here pondering that question, why don’t you go grab yourself a copy of the song and try your hand at this trend? 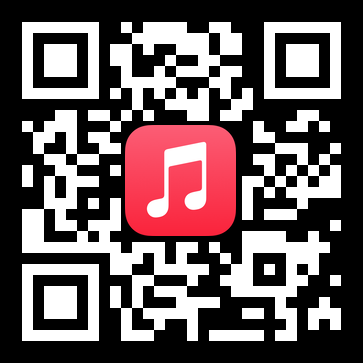 Stand by to stand by. –Mad Squid

More like diving headlong, but yeah. I’m trying to make this a new thing for me. I chose to begin with a model that I sculpted a few years back for the Sculpt January competition. Here is what I submitted for that competition:

To update this asset as an original NFT, I opened the blend file in Blender 2.9 and added some animation to the camera. I then used the new Eevee rendering engine to render a much higher resolution version than I ever have before, with improved lighting, etcetera. I exported to a PNG sequence, then imported those PNGs into Apple Motion. Next, I rendered to an Apple ProRes 4444 XQ .MOV file. Finally, I converted that to an animated GIF, with transparency intact.

At this moment I am feeling giddy. That’s right, giddy, like a puppy with a new friend. But for me, that friend is you! I mean that quite literally. It must be true, too, because at least 13 Million of you have taken the time to direct your ocular sensors at one of my GIFs on Giphy. And, if I’m reading the stats right, it’s going to be much higher tomorrow. (They update the posted numbers daily.)

This new success is the culmination of a long battle with both Tenor and Giphy. I still don’t know if it was something I uploaded, or if it was the simple fact that my account was created through Facebook and never had it’s own individual login credentials. Both are potential theories that I have developed. But the truth could just as easily be something else. I’ve had social media accounts deleted on me, which were listed as official channels for my brand. Just one additional example of another theory. I may never know how or why things got to where they did, but I do know what fixed things: I deleted my account.

Once I severed cleanly, and began again from scratch with a fully credentialed, independent account, success came quickly. I began uploading both old and new content, with a strong focus on stickers, specifically for use on the TikTok platform. In creating new content, I try to be responsive to what I’m seeing on my #FYP. For instance, in one week I saw several friends, both old and new, announce that they were launching a 10-part series on this or that.

One source of inspiration was a video created by an elderly gentlemen who very publicly took three or four TikToks just to figure out how not to stop recording himself mid-recording. In this video, he bravely announced that he would be starting his first 10-part series! Knowing that this could be an uphill battle for a guy or gal like that–and wanting them to succeed at it anyway–sparked an idea for a group of ten “Part [X]” stickers, so that their 10-parters could have a consistent professional look with minimal effort:

And so I carried on like that, even dabbling into a little bit of sports related art, which is not germane to my particular personal identity. Then, seriously, just two afternoons ago, I saw that my stickers had reached what I saw as a massive milestone: 500k views!

I was so proud that I brought it up to my son Hunter the next evening, and when I went to show him proof, the number had jumped to 750k. Hunter was actually impressed, and commented that I had nearly a million people looking at my art. (The rarest of things in my home, a heartfelt compliment from one of the kids. 😉

I was ecstatic about this, and would have been completely satisfied had it stopped there. But it didn’t…

This morning I logged in to see that my 500k views had skyrocketed to over 13 million! No joke… 13 MILLION views:

My son isn’t even awake yet to share this exciting news with. But he will be soon, and I am really looking forward to having another positive interaction with him. But it gets even better! I dug around in my uploaded catalog, the dashboard, and analytics page(s) to see if I could glean more specific information, and what I discovered made my jaw drop! That number above, 13.8M, is the total published up to yesterday. That number updates once per day. I have reason to believe now, that this will jump to over 30 MILLION VIEWS tomorrow.

How? Oddly, it turns out to be one specific GIF that is driving almost all of this exposure thus far, though I believe it will have a synergistic effect on the rest of my catalog in time. Amazingly, that one GIF, when I checked it this morning, appears to have reached 33, 340, 250 views by itself!

I am truly exuberant about this, and have no intention of stopping any time soon. I would really like to maintain the tradition of being responsive to my community rather than just pumping out content that I like and want to use. As such, I am open to suggestions and requests. The design process is fairly short, a few hours generally, but the turn around is lightning fast once the GIF is uploaded to my catalog. New stickers generally appear, ready for search and for use by the TikTok community, within a matter of 10 minutes. Groups of stickers seem to take longer to sort through the system, but do eventually make it online the same day.

All of this to say: I’M TAKING REQUESTS! Leave one in a comment! Mmmmmmkay?

Stand by to stand by. –Mad Squid.